He Answers By Light

"Those who have insight will shine brightly like the brightness of the expanse of heaven"
Daniel 12:3 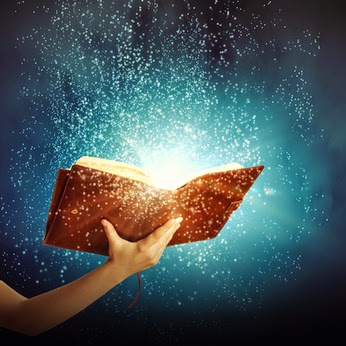 One of our greatest pursuits as Christians should be to walk in the light, or to live our lives with understanding of the truth of God's ways.

From Daniel 9 we learn the following:

I think we sometimes look for God to do something in answer to our prayers, but we miss the answer because we don't value the instruction and insight He brings in response to our prayers. We think He didn't answer because it looks like nothing changed. However, God sends insight and understanding of His ways and His timeline so we can get in on the freedom He wants us to live in. We must be careful not to quickly toss aside the illumination from His Word or from His messengers. This is our answer!

The Seedtime and Harvest Cycle

"The soil produces crops by itself...when the crop permits, he immediately puts in the sickle, because the harvest has come." Mark 4:28-29.

Jesus told the parable of the sower which is about a man who plants seed into the ground. We learn from this story that the seed is the Word of God and the soil is the heart. Jesus explains to His disciples that the condition of the heart determines the growth of the Word and whether or not it will grow to the point of harvest, as well as the size of the harvest.

He goes on to tell the parable of the seed where we read that the one who plants the seed is not the one who determines the timing of the harvest. The harvest comes "when the crop permits." What is the crop? The crop is what is produced when the seed is allowed to mature. In other words, the seed, grown into a fruit-producing crop, determines the time of the harvest. The sower's job is to sleep and rise, night and day, making sure his life is in sync with the cycle of the seed. Our job is to cycle our lives after the pattern of the Word sown in our hearts, and let the Word bring the harvest time.

Even though the man does not determine when harvest time is, he must be able to recognize when its time to harvest. He does this by looking at the maturity of the fruit. If he doesn't recognize the fruit then it goes to seed and the whole process starts over again, and he's missed his harvest. We need to keep in close touch with the Word of God planted within our hearts so we will recognize and be in sync with His proper timing of harvest.

Why would the sower not recognize when it's harvest time?
Maybe we should teach people to plant the Word in their heart themselves, cycle their life around the cycle of the Word, stay so close to the Word that they recognize the mature fruit--the form it takes after maturing in their heart--so they can pluck it from the Vine themselves receiving the freshest form of life! The Word has been sown in your heart. It's a timely Word, unique to your life and situation, now pay close attention so you don't miss your harvest!

Posted by RoseMurdock at 2:07 PM No comments:

"The Lord will not allow the righteous to hunger, But He will reject the craving of the wicked."
Proverbs 10:3

Why does the Lord reject the craving of the wicked? Is it because He hates them? Is He mad at them? Is He punishing them? No, it's because their desires are for something He cannot give. He can't give what is evil or destructive. He can only give good. Even judgement on evil is a good thing. The entire universe revolves around The Most High God and if we are not in sync with Him there are consequences. He doesn't alter Truth to meet a selfish craving, rather He invites us all to participate with Him in His universal dance.

When our hearts are after His heart, then our hunger will be holy. Our cravings will be for that which is good in His sight. Our heart becomes so connected with His that we share His opinion, His desires, His passion and His dance. We agree with His assessment of right and wrong, and He will not allow our hunger to go unfulfilled. He will be just as excited about our desires being fulfilled as we are!

Posted by RoseMurdock at 2:20 PM No comments:

The Walk to the Well

When Jesus said to the woman of Samaria that whoever drinks of the water that He gives will never thirst, she said to Him, "Sir, give me this water, so I will not be thirsty nor come all the way here to draw." The idea of not getting thirsty and not having to walk to the well to draw water was very appealing to her. She didn't like walking to the well. It wasn't a pleasant walk for her. It was a chore. When we are thirsty, lacking living water, life becomes a chore. Our walk becomes burdensome. We need to quench our thirst. Can we enjoy life without our thirst being quenched?

Our walk to the well is a good time to think--to ponder. It's time to look at the thirst that drives us to do what we do. Does our thirst lead us to perform duties and chores that bring us no real life? Are our efforts to quench our thirst temporary solutions? Does that cause us to dread today's walk? Or are we anticipating something different to happen today? Once we walk to the well where Jesus is offering living water, and drink of it, then life is no longer a chore. We’ve found the water that satisfies, the water that answers our questions about our purpose in life--worship.

The spiritual drink the woman received gave her the energy to run off and tell people about Jesus while leaving her waterpot behind. She became a worshiper. Before she received His living water, she saw Jesus as just a man who had nothing to draw with, someone that needed her help for a drink. But once she received His living water, she left behind the life of drudgery, and the debates that cause division, and started on her new path as a worshiper--proclaiming Jesus as the Messiah--and she would never thirst again!

Posted by RoseMurdock at 1:09 PM No comments:

"For He rescued us from the domain of darkness,
and transferred us to the kingdom of His beloved Son,
in whom we have redemption, the forgiveness of sins."
Colossians 1:13-14

As believers in Christ, we are brought to a certain place and condition.


We are rescued and then transferred to His kingdom. This brings us to a place. A safe place. A beautiful place where we fit in perfectly. It's the kingdom of His beloved Son.


We are redeemed and forgiven which brings us to a certain condition. A condition of being cleansed and recognized as His own. We have our own unique function in His kingdom.

Both inside and out, in our surroundings and positioning, as well as our inwards thoughts, feelings and motivations, we are brought to a place in Him that is overwhelmingly peaceful. :| (read that again!)


The kingdom of God is a stable place, protected by the Almighty. He upholds all things by the Word of His power. His Word is more secure than the strongest fortress here on earth. Yet His kingdom is also beautiful, interesting, full of all that He is, and you are an intricate part! You are in this place and condition because of your faith in Jesus!

The Voice That Gathers

"...they will hear My voice; and they will become one flock with one shepherd."
John 10:16

The Voice of the Shepherd gathers His sheep to Him. The voice of a true shepherd doesn't scatter sheep out of the pasture and away from the Lord. The Voice of the Shepherd is to be heard through the voice of his under-shepherds, leading the sheep into the pasture of the Lord, attending to them, accounting for every one. When the Voice speaks, the sheep gather. It's the Voice that gathers. It doesn't necessarily mean a large number gather, but those who are His will flock together at the sound of His Voice. They gather and join, rather than divide. This Voice doesn't divide the sheep, however it does divide the believers from the unbelievers.

"Then I will give you shepherds after My own heart,
who will feed you on knowledge and understanding."
Jeremiah 3:15

There are other voices. The Voice of the Prophet, the Teacher, the Evangelist, the Apostle. These voices are important too. Some voices send out, exhort, call to action. Some voices reveal truth or instruct. The Lord is to be the Voice that speaks through the voice of these ones too. Yet each voice needs to be in proper positioning in order for God's people to be nurtured, trained and discipled into maturity. If a voice is out of position, it may harm the sheep rather than help. Whatever the Voice, it will always be the Voice of the One who loved us enough to die for us and bring us to share in the love that He and the Father share.

Posted by RoseMurdock at 3:20 PM No comments: