The Knowledge of the Truth 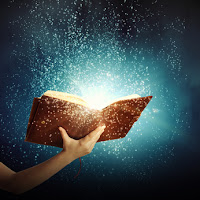 "1 But realize this, that in the last days difficult times will come. 2 For men will be lovers of self, lovers of money, boastful, arrogant, revilers, disobedient to parents, ungrateful, unholy, 3 unloving, irreconcilable, malicious gossips, without self-control, brutal, haters of good, 4 treacherous, reckless, conceited, lovers of pleasure rather than lovers of God, 5 holding to a form of godliness, although they have denied its power; Avoid such men as these. 6 For among them are those who enter into households and captivate weak women weighed down with sins, led on by various impulses, 7 always learning and never able to come to the knowledge of the truth." 2 Timothy 3:1-7

Knowledge and truth are not the same thing. A person may acquire a lot of knowledge about something, but it may not be truthful knowledge. All knowledge must submit to truth. If the knowledge in a person's life is not built upon a foundation of truth it will eventually crumble and fall. It may look impressive for a period of time, but it is not going to hold up with age or crisis.

You can't find the truth through knowledge alone. As Paul said in this verse, one may be always learning, but never come to the knowledge of the truth. Just because you know a lot, doesn't mean you know the truth. Truth is found only in the Word of God, and a person whose life is built on truth is one who will stand, not one who has simply acquired a lot of knowledge about a lot of different things.

Increasing in knowledge will not make you a good person. It will not change your heart or make you holy. Education may do a lot of good things, but it will not make a person righteous. We find a living truth in the Lord Jesus Christ which recreates the heart of the believer into one who is righteous before God.

This holds true not only for an individual's life, but for a society as well. An educated society is not necessarily going to be a righteous society, any more than a wealthy one is. Man tries to make everything fair for everyone, rather than submitting to the justice of God and it simply creates a mess. We will not have a good, holy, righteous society unless we submit to the truth--the Word of God--and live according to His definition of justice. When we try to make everything fair and everyone equal, than we end up with a "gray" and dull society with no life. God is not this way, He separates the light from darkness.

Truth is the only thing that will hold up. It is more stable than any law. It is true whether man chooses to live by it or not. Those who accept the truth receive eternity into their hearts, which will cause them to remain standing when man's attempt to prevail through his own knowledge fails.

"...As they observed the confidence of Peter and John...
they were amazed
and began to recognize them
as having been with Jesus."
Acts 4:13

Peter and John were arrested in Jerusalem and the authorities asked them by what power, or in what name, they had healed a lame man. Peter, filled with the Holy Spirit, answered them by speaking of Jesus. As he spoke, they observed their confidence. The confidence of Peter and John was something recognizable. The rulers and elders of the people realized that Peter and John had the same confident, authoritative, free speech that the Lord Jesus Himself had when He walked among them.

According to Strong's Concordance, the word confidence is parrésia which means freedom of speech, confidence. Because of the freedom of speech Peter and John displayed, the authorities saw Jesus in them. They didn't like it, but because of the open miracle done, they couldn't deny it. They did, however, "warn them to speak no longer to any man in this name." (Acts 4:17). Peter and John's response to the warning was, "Whether it is right in the sight of God to give heed to you rather than to God, you be the judge; for we cannot stop speaking about what we have seen and heard." (Acts 4:19-20). They could not, and would not, stop speaking about what they had seen and heard in Jesus Christ.

After further threats, they were released from custody. What did they do? They gathered with their own people and prayed. They prayed for the Lord to grant them to speak His Word with all parrésia. (Acts 4:29). They knew that the authority to speak freely in the Name of Jesus was granted by the Lord Himself. This authority to speak freely is a God-given authority. No authority on earth can take it away. Freedom of speech, specifically freedom of speech about Jesus Christ, is granted from God Himself. It cannot be prohibited by any earthly authority! "When they had prayed, the place where they had gathered together was shaken, and they were all filled with the Holy Spirit and began to speak the word of God with parrésia." (Acts 4:31).

They went out in unity and gave testimony to the resurrection of the Lord Jesus with great power (Acts 4:33). Many signs and wonders were taking place (Acts 5:12-16) and the apostles were arrested. The authority of man took hold of them to stop their freedom of speech. However, an angel came and let them out of prison during the night and told them to preach to the people in the temple, which they did. While the Council was trying to figure out what happened to their prisoners overnight, someone told them they were in the temple teaching the people. The restraints of man could not hold them while they had the parrésia--God's free speech authority--with them!

The apostles were brought in and questioned. (Acts 5:18-27). The high priest said, "We gave you strict orders not to continue teaching in this name, and yet, you have filled Jerusalem with your teaching..." (Acts 5:28). Peter and the apostles answered, "We must obey God rather than men." (Acts 5:29) and he preached Jesus to them. They became furious and wanted to kill them, but Gamaliel persuaded them otherwise. However, before releasing them, they beat them and ordered then not to speak in the name of Jesus. (Acts 5:40). What was their response? They went away rejoicing that they had been considered worthy to suffer shame for His name, and they continued to preach Jesus as the Christ every day. (Acts 5:41-42).

Father God, I pray that we, Your people, recognize that our free speech right--the right to teach and preach in the Name of Jesus, and to heal and do signs and wonders in Your Name--is an authority given to us by You. May we gather and pray for this parrésia so we do not shrink back from what You have called us to do. May we go forward in boldness and confidence, freely preaching the Gospel of Jesus Christ and the message of Your kingdom. May we determine in our hearts to obey You and understand that the authority You've given us is the greatest authority of all, and even Your angels will help us to fulfill Your purpose for us.

The Apostles and Believers Prayer:
"As Your bond-servants may we speak Your word with all parrésia, while You extend Your hand to heal, and signs and wonders take place through the name of Your holy servant Jesus." (Acts 4:29-30).


See part two of this blog: The Parrésia Anointing by clicking here.


Posted by RoseMurdock at 1:25 AM No comments: