Warriors of Freedom in the Battle of Truth vs. Self 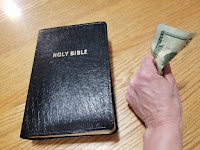 In this day and age, the battles of nations are not about brute strength as the battles of old used to be. The weapons of today’s battles, (for example in the republic of America or democratic nations), are thoughts and ideas. Whoever can convince the people to believe them and follow their ideals “wins” the battle. They will be elected to leadership positions and rule as they see fit.

Because of this, deception becomes a primary tool of those who wish to rule in a way that is not good for the people. Kings would conquer lands and make slaves of the people. It was common. The remnants of it still existed when America was founded. But we recognized the wrong and did away with it. We recognized that freedom is a most basic right of all people—an inalienable God-given right. But freedom of the people does not give selfish, power-hungry people what they want. They need slaves. They need people to work for them to build their empire. So, what do they do?

They use deception to make people slaves without knowing it, without realizing what they’ve become. They do it through the schools. They indoctrinate and call it education. They don’t encourage free thinkers. They promote majority opinion over logic. As the people become hypnotized with the ideals the enemies of freedom are promoting, they willingly give up their freedom, happy to promote “the cause” of making things “fair” for everyone (or whatever the lie is), and happily vote them into office.

They also use accusations as a weapon against freedom. They make accusations against those who fight for truth to try and keep people from believing those who speak truth. For if people believe the truth, they become dangerous to those trying to obtain power through deception. They need you deceived and enslaved in order to fulfill their dreams.

They care only about their dreams. These selfish rulers do not care about you pursuing your dreams. They don’t want you to have personal rights or property rights. They want to own it all. They want to control it all. They can do better than you. They know what you need better than you do. They can’t have government by the people, of the people, and for the people and still build their own empire. So, they dumb you down. School agendas include a lot of wasted time and promotion of group thought. They can’t have free thinkers—those who want to debate and discuss—for they may think deeply enough, and cause others to think deeply enough, to disagree and challenge their ideals. They need loyal slaves.

The warriors of freedom must be properly armed. They must be both wise and good. One without the other won’t do it. Wisdom without goodness is just as dangerous as goodness without wisdom. For these wise and good warriors to be victorious, they must be thinkers, not just “educated.” They must have discernment to tell a lie from the truth, and they must have the nature of goodness Himself within. They fight the enemy of Good. They fight the enemy of Truth. So the battle becomes a battle of good vs evil, or you could say--Truth vs Self.

God gives freedom. It is His desire for all men to have the power of choice. Free will is given by God for the purpose of trying our hearts to see which side we will choose. It’s up to us. Consequences may seem delayed at times, but this is so the evidence is clear which side we are on and consequences are justified (Psalm 92:6-8).

Let’s compare the two types of warriors in this war of ideals.


Paul recognized this war of ideals when he wrote:

“For though we walk in the flesh, we do not war according to the flesh, for the weapons of our warfare are not of the flesh, but divinely powerful for the destruction of fortresses. We are destroying speculations and every lofty thing raised up against the knowledge of God, and we are taking every thought captive to the obedience of Christ” 2 Corinthians 10:3-5.

May we do the same.

Posted by RoseMurdock at 6:17 AM No comments: