When Sorrow Fills Your Heart 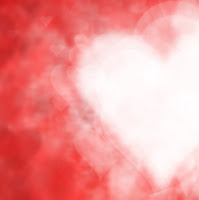 "But because I have said these things to you, sorrow has filled your heart."
Jesus, John 16:6

Jesus said these words to His disciples after telling them He was leaving them. He also told them what they would have to suffer because of knowing Him. They would be kicked out of the synagogue, they would be hated, and some would be killed. Because He said these things, sorrow had filled their heart.

He mentions that none of them had asked where He was going (vs 5). They were thinking more about what would happen to them and how His departure would affect them, rather than taking on a heavenly perspective of what was happening. They didn't stop to ask, what was God doing?

While Jesus was with them, they were safe. Yet, He says it was to their advantage (and ours) that He left (vs 7). Because of His death and resurrection, all who believe in Him may receive the Holy Spirit. The benefit of this is that many believers can spread throughout the world, preaching the gospel of the kingdom with signs following.

Jesus living here as one man could only do so much, but with many filled with His Spirit, the fruit of His life multiplies. This is fundamental to how the kingdom works--a seed is sown and much fruit results.

Are you sorrowful? Try looking at your situation from a heavenly perspective. Ask the Lord "where He is going" or where is He leading you right now, rather than focusing on the difficulty you are experiencing.

Replace the sorrow in your heart with the joy of what His resurrection accomplished. Ask Him about your place in preaching the gospel of the kingdom. Then get ready, because those filled with His Spirit will do the works that He did, and greater works because He left the earth to go to the Father (John 14:12). This is not a time to allow our hearts to be filled with sorrow, but a time to stand up, brush ourselves off, and get to work!

Posted by RoseMurdock at 1:59 PM No comments:


God gives us treasures. He does. He provides for His people. An abundance is available for us. However, He doesn't pour liquid gold from Heaven (usually) to get them to us. He gives us hidden treasure. It might be like an ugly rock with a beautiful gem inside. It might be like a grain of sand inside an oyster. It might be like a lump of matter that needs high heat and pressure to turn into a diamond. God gives you your treasure in a uniquely hidden form, and there is something you do to access it!

How? First, you need to identify where your treasure is hidden. It may not be the most obvious place. If it's in the ugly rock, it might be the thing you keep tripping over. If it's caused by the grain of sand, it might be the thing that is irritating you the most. If it's the lump of matter, if might be whatever is giving you the most stress right now. Ask the Lord to show you where He has hidden your treasure!

Then, you have work to do. In order to access or create your treasure, you need the right tools. The tools to mine our treasures are not earthly tools. These are tools of the Spirit. If you try and labor in the flesh for your heavenly treasure you won't get very far. Our equipping comes from the Spirit of God. The fruits and gifts of the Spirit are tools you use to mine the treasure that's been given to you.

However, what often happens, is that people get angry that their needs weren't met as they expected. They might get mad at the Lord and accuse Him. They might become stingy or greedy, becoming selfish and unkind. They might become depressed and hopeless, and even do things they know they shouldn't. All of these attitudes are contrary to the fruit of the Spirit. Faithfulness, patience, peace, self-control, love, kindness, gentleness, joy, and goodness are tools we use to access our treasure. We need to become kingdom-minded, and think like God does.

Not only do you access your treasure by the fruit of the Spirit, but by the gifts of the Spirit. How has He gifted you? As you begin to labor in the Spirit, you are mining your treasure. You are working in the kingdom and will produce kingdom results. Don't get mad at God, depressed, or discouraged and stop the flow of the Spirit of God! If you do, you are stopping the mining process. If you give up--whether in attitude or function--you will not produce the kingdom treasure in your life that God so wants to give you!

God has given you treasure. Is it an ugly rock, a grain of sand, a lump of matter? A seed that needs planting and care? Do you see it? You see it by faith. We walk in the kingdom by faith. Consider what Peter said:

3 Blessed be the God and Father of our Lord Jesus Christ, who according to His great mercy has caused us to be born again to a living hope through the resurrection of Jesus Christ from the dead,
4 to obtain an inheritance which is imperishable and undefiled and will not fade away, reserved in heaven for you,
5 who are protected by the power of God through faith for a salvation ready to be revealed in the last time.
6 In this you greatly rejoice, even though now for a little while, if necessary, you have been distressed by various trials,
7 so that the proof of your faith, being more precious than gold which is perishable, even though tested by fire, may be found to result in praise and glory and honor at the revelation of Jesus Christ;
8 and though you have not seen Him, you love Him, and though you do not see Him now, but believe in Him, you greatly rejoice with joy inexpressible and full of glory,
9 obtaining as the outcome of your faith the salvation of your souls.
1 Peter 1:3-9


Your faith is more precious than earthly gold which will perish. The outcome of your faith, is the salvation of your soul. This salvation is more valuable than any earthly treasure we could possibly acquire. That alone makes our faith the most precious asset we could ever own. While here on earth, our faith is tested by fire so it will be found honorable at the revelation of Jesus Christ. Whatever we go through here on earth to test/strengthen/purify our faith is worth it! However, in the process of our faith being purified, we receive treasures here on earth as well. As we learn His ways, we begin to access the eternal realms of heaven where we will live forever with Him.

Jesus said to Martha that if she would believe, she would see the glory of God. Her brother Lazarus would be raised from the dead. (John 11:40). As we believe, we too will see His glory here in the earth. We will begin to access the treasures buried in our midst. Take another look at those irritating, lumpy, stresses in your life and look at them with the eyes of faith. Your treasure is waiting!


Posted by RoseMurdock at 3:46 AM No comments: