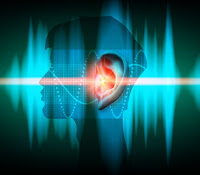 On July 4, 2015 I posted a blog called God's Freedom of Speech Definition. (Read it here). It is about Peter and John being arrested for preaching in the Name of Jesus. It's taken from Acts 4 & 5. I discuss the word parrésia which is used to describe the confidence of Peter and John that the authorities saw, as well as the confidence they prayed for so they could continue to speak the word. Parrésia is also used to describe the boldness they continued to preach with after this happened. As I explain in the blog, parrésia means freedom of speech and confidence. When reading these Scriptures, you can replace the words confidence and boldness with "freedom of speech" to get a better understanding.

I bring this up again because there is more we need to see about this type of freedom of speech that God gave them, and will give to us if we ask for it as they did. There are three different levels to this kind of free speech.

1. The freedom to speak freely without harassment or persecution.
This type of freedom of speech is what we have enjoyed in America for so long, up until recently. We've had the freedom to say what we want and others have the freedom to disagree with us. We have not had to fear being persecuted or arrested for speaking of Jesus or preaching in His Name.

3. The power-filled, anointed speech that brings light and freedom to blinded minds.
This is the kind of speech that not only reaches the ears of the deceived because the speaker had the boldness to speak, but these are words that carry the power to penetrate into the brain of the person bringing light, understanding, freedom and faith to the hearer! This is where we see God backing the words we speak with power. We see this displayed throughout the book of Acts and described here:


...After it (the Word) was spoken through the Lord, it was confirmed to us by those who heard, God also testifying with them, both by signs and wonders and by various miracles and by gifts of the Holy Spirit according to His own will. Hebrews 2:3-4

So then, when the Lord Jesus had spoken to them, He was received up into heaven and sat down at the right hand of God. And they went out and preached everywhere, while the Lord worked with them, and confirmed the word by the signs that followed. Mark 16:19-20

Words are more than sound waves that hit an eardrum. Sound waves continue through the ear and into the brain where they are decoded so the hearer understands what the speaker meant. God-anointed words have the power to eradicate the darkness of deception that blinds the minds of unbelievers so they can see the truth and believe!


And even if our gospel is veiled, it is veiled to those who are perishing, in whose case the god of this world has blinded the minds of the unbelieving so that they might not see the light of the gospel of the glory of Christ, who is the image of God."  2 Corinthians 4:3-4


The entrance of Your words gives light; It gives understanding to the simple. Psalm 119:130 NKJV

So how do we get this level three kind of God-anointed words? We first display level two courage, but look at what Peter and John also did. After they were threatened by the authorities they went to their own people and they all prayed.


"And now, Lord, take note of their threats, and grant that Your bond-servants may speak Your word with all confidence (parrésia), while You extend Your hand to heal, and signs and wonders take place through the name of Your holy servant Jesus." And when they had prayed, the place where they had gathered together was shaken, and they were all filled with the Holy Spirit and began to speak the word of God with boldness. (parrésia). (Acts 4:29-31).

They gathered with their people and prayed for parrésia. When they did the whole place shook and they were filled with the Spirit. We know that they were already filled with the Spirit, but they received a fresh, or greater anointing of the Spirit. Rather than backing down and giving in to the dark threats of the authorities, they responded by asking the Lord for more parrésia so they could speak His word while the Lord healed and displayed signs and wonders. This kind of parrésia anointing on our words brings the light and power of God into the earth in such a way that the works of God are demonstrated and God is glorified!

If you grieve over a loss of the level one kind of freedom of speech, make a decision to speak the Word courageously. Pray for this parrésia anointing and for the Lord to display signs and wonders through His Name. Remember, the light shines brighter in the darkness. There may be a stronger conflict, but light overcomes the darkness!

Posted by RoseMurdock at 7:21 AM