Repost: The Gall of Bitterness 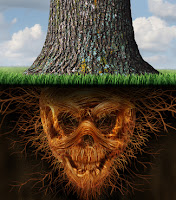 I was reading a blog I wrote and posted on the Pray For Waterford Michigan blog that I do, dated September 18, 2012. I felt it needed to be highlighted again today so here is the post:

"I woke up today thinking of this Scripture and recent revelation from the Lord and I felt it wasn't just for me today so here it is...

In Acts 8 we read of Simon the sorcerer from Samaria. He had dazzled the people with his sorcery and then he, and the people of the city, heard the Gospel and became believers in Jesus Christ. Simon himself was amazed at the miracles and signs that Philip did. Then Peter and John came and prayed for the people to receive the Holy Spirit.

Now Simon saw that the people received the Holy Spirit when they laid their hands on them and he offered them money asking them to give him the power to do the same thing. Peter rebuked him for thinking that the gift of God could be purchased with money. He told him his heart was not right in the sight of God. He told him to repent and ask God to forgive him.

Now this is the part that I was reminded of today--Peter said in verse 23, "For I perceive that you are in the gall of bitterness, and in the bond of iniquity." No longer could Simon dazzle the people with sorcery and he wanted the Holy Spirit. But his heart motives hadn't really changed. Peter could see that he was bitter. Bitterness opens the door for a counterfeit spirit that may appear to be genuine, but really isn't. If we want God to move among us in a genuine true way, the true, authentic, Holy Spirit and not just religious works or impressive signs that will dazzle people, then we need to be sure and remove all bitterness, resentments, criticisms, judgments, jealousies etc. from our heart.

The power of the Holy Spirit is motivated by the fruit of the Holy Spirit. Hebrews 12:15 tells us to watch diligently to see that no root of bitterness springs up and contaminates us. If you are in a position where people have given you opportunity to become bitter against them, or maybe against circumstances, then you have an amazing opportunity to pull out that root of bitterness that would try and spring up and get rid of it! As Rick Joyner says, don't waste your trials! When the opportunity to be resentful or critical is there, pull that thing out! As you overcome you open the door for the genuine Spirit of God to move on in!

So whether you are frustrated at people, annoyed, angry, resentful, or whatever it may be, it's not worth sacrificing the presence of the Spirit to hang on to those things. And rather than letting it annoy you, look at it as an opportunity to overcome, when you do the heavens can be opened above you!"