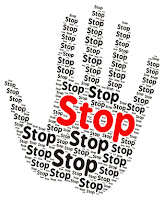 I have recently noticed a knee-jerk reaction among Christians that I feel needs to be addressed. Before I do though, I would like to mention that I admit many of my posts lately have been about political or social issues of the day, which I normally don't do so much. I usually write along the lines of biblical teaching. However, I feel the condition of America is such that if we don't address these issues, we may lose our freedom to live and preach the gospel altogether. This, of course, will make it much more difficult to fulfill the Great Commission and raise our children in the ways of the Lord. So here I will address what I feel is not necessarily an over-reaction, but a misguided reaction to two issues of the day.

First, is the U.S. Supreme Court decision in the summer of 2015 where they decided same-sex marriage was a constitutional right. Many Christians who oppose same-sex marriage, as I do, voiced their opinion. However, it often turned into a debate on the moral aspect of, or God's view on, same-sex marriage. This issue is best left to be discussed within the church. We cannot expect to debate the rights and wrongs of same-sex marriage with those outside the church. We share a country with those who don't believe the Bible or follow God. Arguing with them that same-sex marriage is wrong won't go very far, as we have seen. The better way to address the right or wrong of any issue with unbelievers is through prayer and evangelism.

The legal tragedy of the Supreme Court decision is that the Supreme Court usurped State authority. To be constitutionally correct, each State should determine for themselves if they will allow same-sex marriage. And each Pastor or person who has the legal authority to marry people, should be able to decide for themselves if they will perform a marriage or not. The government should protect this right to choose, not decide which choice is right. State's issue licenses--marriage licenses, driver's licenses etc. This usurping of authority by the U.S. Supreme Court opened the door for larger federal control. I feel that the same-sex marriage issue, and gay people in general, are often used as a pawn by those who promote larger governmental control. They choose "hot" issues because they know their real purpose will become clouded due to the strong emotional feelings on the subject. We need to be careful we don't allow our strong feelings on a subject to blind us to what is really going on.


"But everyone must be quick to hear, slow to speak and slow to anger;" James 1:19

Next we have the issue of gender choice. Many states, mine included, are trying to pass, or have already passed some type of policy or law in dealing with gender choice among K-12 students. Once again, outraged parents cry out. But what happens is that the proponents of gender choice come up with a policy that is very extreme. In Michigan they wrote one that excludes parental knowledge or control over their child's gender choice behavior at school, and also said that they have to be allowed to use the bathroom of their choice, not just a single stall bathroom. Of course they knew all along parents would voice their opposition, and others would voice their support, so they will most likely try to come up with a "compromise." This compromise however, will still allow the concept of gender choice to infiltrate our schools and our young ones. It is the frog being dropped in the water so to speak and they can slowly turn up the heat as time goes on. Instead, parents should insist that gender choice not be allowed at all in the schools, and emphasize the harmful effects of allowing this. To effectively do this though, parents have to be able to take their argument away from the moral rights and wrongs of gender choice and focus instead on protecting the kids from this harmful practice while they are young and still maturing in their gender. (For more on this click here.)

As Christians, we must learn to quit reacting emotionally when dealing with the legal aspects of these issues. Our emotions can be expressed in our prayer closet as we engage in spiritual warfare and battle for the souls and minds of those who are deceived. However, in the public and legal arena, we must address these issues differently, for, once again we share our country with unbelievers. Anytime the federal government takes control of an institution--like marriage licenses and public schools--we will run into this problem of who is going to make policy. We can argue back and forth, but ultimately we need less governmental interference, not more. We must keep the freedom of private ownership and control. If someone wants to start a private school with policies that we disagree with, then so be it. As long as we can also have private schools where we can implement the policies that we wish to follow. Maybe a higher number of smaller, privately run schools is the answer. The public school, and the government, may have grown to be too big for its own good.

Jesus said that lawlessness and deception would be prevalent in the last days so what is going on now should not surprise us. (Matthew 24:12, 2 Thessalonians 2:9-12). Although I agree that it is shocking to see the extent of sin and deception all around us today. However, the thing that is going to bring about the Lord's return is the preaching of the gospel of the kingdom to the whole world (Matthew 24:14). We need to keep that in mind as we become light and salt to our culture.

Posted by RoseMurdock at 1:37 PM