American, You Are A Politician! 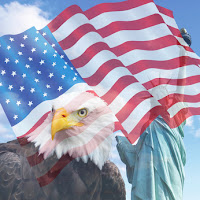 Every citizen of the United States of America is a politician. America is a republic. This means that it is governed by the people. The highest authority in the land is not the President or Congress, it's the people.
Unfortunately, the American people have grossly neglected their office. We need to take office and steer our country back in place.

Many people have thought that Christians should not be involved in politics, that they are under God's authority and don't need to tangle with worldly things. Nothing could be further from the truth. In fact, the opposite is true.

Paul wrote that "every person is to be in subjection to the governing authorities For there is no authority except from God, and those which exist are established by God." The authority of the American republic is from God Himself. The authority you have in governing this country is from God Himself. "Therefore whoever resists authority has opposed the ordinance of God; and they who have opposed will receive condemnation upon themselves." (Romans 13:1-2). Christians have resisted the authority God has given us as a ruling voice, and it has brought condemnation upon us. Our freedom to speak and to live as Christians is under serious attack!

What is your political job description as an American citizen? To vote representatives into office that will uphold the constitution and to hold them accountable while in office. You may also consider running for office yourself. But you can still take your rightful place in the office of a citizen.