The Cause of Job's Troubles--Fear or Faith? 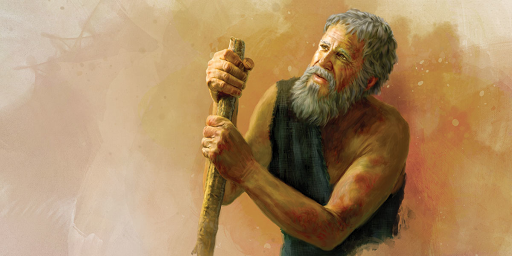 This verse has often been used to say that the reason Job experienced the troubles he did—the loss of his children, his wealth, and his own health—was because he was in fear. That his fear opened the door to allow Satan to come in and destroy him. I may have repeated this myself, but is that what really happened?

I woke up one morning with the following thoughts laid out before me like a fine feast. I believe the Lord was clarifying my thoughts and satisfying some questions I had about the reason for Job’s troubles. Although I hadn’t thought about Job recently, I had studied the book of Job often and had prayed the day before and asked the Lord to remove any deception from my thinking. So, this is what I now have to say about the trouble which came on Job—It didn’t come because of his fear, it came because of his righteousness, his faith or faithfulness to God.

Job was concerned his sons were sinning so as a regular practice he would offer burnt offerings after they would hold a feast and invite their sisters.

4His sons used to go and hold a feast in the house of each one on his day, and they would send and invite their three sisters to eat and drink with them. 5When the days of feasting had completed their cycle, Job would send and consecrate them, rising up early in the morning and offering burnt offerings according to the number of them all; for Job said, “Perhaps my sons have sinned and cursed God in their hearts.” Thus Job did continually. Job 1:4-5

When reading through the book of Job we learn about his character. He was a well-known, righteous man in the community. He was very wealthy and helpful to the people. He helped the poor and needy. He sat in the gates and instructed the people. He had the final word on matters. God saw him and was pleased. In fact, the Lord discussed Job’s righteousness one day with Satan.

6Now there was a day when the sons of God came to present themselves before the LORD, and Satan also came among them. 7The LORD said to Satan, “From where do you come?” Then Satan answered the LORD and said, “From roaming about on the earth and walking around on it.” 8The LORD said to Satan, “Have you considered My servant Job? For there is no one like him on the earth, a blameless and upright man, fearing God and turning away from evil.” 9Then Satan answered the LORD, “Does Job fear God for nothing? 10“Have You not made a hedge about him and his house and all that he has, on every side? You have blessed the work of his hands, and his possessions have increased in the land. 11“But put forth Your hand now and touch all that he has; he will surely curse You to Your face.” Job 1:6-11

Satan went before the Lord to accuse Job. Notice he didn’t say, “Job is full of fear, worry, making all these offerings for his kids, look how anxious he is, he doesn’t trust you.” But he did say, “He is only blameless because you’ve blessed him. Without your blessing he would curse you.”

They both agreed that Job was blameless and upright. Neither one of them said Job was full of fear and that destruction would come on him because of his worry, fear, or lack of faith in God.

The argument some make that Job’s trouble came on him because, “What he greatly feared came upon him” just isn’t true. It wasn’t Job’s fear that made all these things come on him. Rather, it was his faith. Specifically, his upright, faithful behavior towards the Lord.

Some say Job was engaging in fear-based actions regarding the behavior of his kids (offering up burnt offerings in case they sinned). However, this was not a works-motivated type of fear where he felt he had to right their every wrong. If anything, it was the fear of the Lord—his love for God and his children.

His friends proceeded to tell him that he must have sinned and needed to repent. They kept trying to get him to admit he’d done something wrong and repent. This line of thinking would be making Job’s troubles a consequence, a result of sin, but they weren’t, they were a result of his faith, or faithfulness to God.

Why is it important to make this distinction that Job’s troubles were not brought on him because he opened the door through fear or sin? It’s important because if we think trouble comes upon us only because we’ve done something wrong, then once we ‘fix the wrong’ and the trouble is still there, we’ll begin to make accusations against God, joining the side of the enemy. We say, “God, I fixed this, why is the trouble still here?”

Again, we must understand that troubles don’t only come on us because we’ve done something wrong. Job was blameless and upright. God and Satan both agreed to that. It wasn’t Job’s sin that brought the trouble on him, it was his faithfulness to God. Satan made an accusation that the only reason Job feared God was because God blessed him—take away the blessing and he would curse Him. God, being the just God that He is responded to the accusation. God would provide proof to back up His words, His claim that Job was blameless. The proof could only come by putting Job to the test. This was the evidence God presented to Satan to prove that His claim—His words—are in fact truth. We must realize when we are tested here in the Earth, we too are providing evidence that God’s Word is true.

If we believe that trouble has come upon us only because we’ve done something wrong then once the wrong is fixed, we won’t understand why the trouble didn’t go away. Sometimes it takes a while for troubles to go away whatever the reason is for their existence. Instead of questioning the Lord, accusing Him, we need to strengthen our faith, become more determined, and remain faithful until the thing is over.

Of course, we sometimes do bring trouble on ourselves. There are consequences to sinful behavior or attitudes that need to be corrected to prevent us from suffering the eternal consequences. (See 1 Timothy 6:9-10, Romans 1:18-27, 1 Corinthians 5:1-5). We should always examine our hearts and repent if needed. But the way out of trouble isn’t always to get out of sin. Sometimes our faith in God brings us into trouble—persecution or some other suffering for the sake of the gospel. Sometimes its simply the trying of our faith. Will we remain faithful to God during tough times as well as good?

19Many are the afflictions of the righteous, But the LORD delivers him out of them all. Psalm 34:19

12Indeed, all who desire to live godly in Christ Jesus will be persecuted. 2 Timothy 3:12

18For I consider that the sufferings of this present time are not worthy to be compared with the glory that is to be revealed to us. Romans 8:18

33“These things I have spoken to you, so that in Me you may have peace. In the world you have tribulation, but take courage; I have overcome the world.” John 16:33

6In this you greatly rejoice, even though now for a little while, if necessary, you have been distressed by various trials, 7so that the proof of your faith, being more precious than gold which is perishable, even though tested by fire, may be found to result in praise and glory and honor at the revelation of Jesus Christ; 1 Peter 1:6-7

2Consider it all joy, my brethren, when you encounter various trials, 3knowing that the testing of your faith produces endurance. 4And let endurance have its perfect result, so that you may be perfect and complete, lacking in nothing. James 1:1-2

12Blessed is a man who perseveres under trial; for once he has been approved, he will receive the crown of life which the Lord has promised to those who love Him. 13Let no one say when he is tempted, “I am being tempted by God”; for God cannot be tempted by evil, and He Himself does not tempt anyone. 14But each one is tempted when he is carried away and enticed by his own lust. 15Then when lust has conceived, it gives birth to sin; and when sin is accomplished, it brings forth death. James 1:12-15

9“Then they will deliver you to tribulation, and will kill you, and you will be hated by all nations because of My name. 10“At that time many will fall away and will betray one another and hate one another. 11“Many false prophets will arise and will mislead many. 12“Because lawlessness is increased, most people’s love will grow cold. 13“But the one who endures to the end, he will be saved. Matthew 24:9-13

Are there times sin brings trouble? Yes, absolutely. Isaiah 48:22 says there is no peace for the wicked. If we engage in evil behavior, things won’t go well. Yet we also see that trouble comes simply because one is righteous and following Christ. This is important to understand so seeds of doubt regarding the goodness and justice of God are not planted in our minds.

Our mind is fertile for seeds of doubt if we believe that our suffering trouble could only be due to sin. We search our hearts, repent of sin (of course a good thing if needed), but then if the trouble continues, we begin to question God. We doubt. We accuse. We think, “I did my part and repented, but God didn’t do His part and stop this trouble.” This leads to accusation and opposing God, when what we should be doing is becoming more committed and determined to persevere in our faithfulness to God.

When these seeds of doubt are planted through false teaching (even if a person means well they still may be wrong in their teaching), and we believe them, we will begin to nurture these false thoughts as our own beliefs and a stronghold of false thinking gains a place in our mind and heart.

Guard against this kind of false teaching!

Posted by RoseMurdock at 7:38 AM