The Ripple Effect of the Lord's Presence 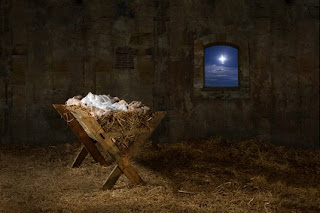 "And she gave birth to her firstborn son;
and she wrapped Him in cloths, and laid Him in a manger,
because there was no room for them in the inn."
Luke 2:7

Before Jesus was born, mankind was on a path. A path that would lead to self-destruction unless some kind of intervention occurred. Most people did not want God, and for those who did, they always fell short trying to live a life according to His ways. The nature of man always filled with self. The days of the lives of all people filled with their own agenda and plans. There was no room for the ways of God. No room for Him in the hearts, the lives, or the plans of the people.

There was no room for Jesus in the earth, but He came anyway. And when He came the world shifted and changed. He penetrated the atmosphere of this world, moving out of the way those things that would oppose Him. His presence rippled through the earth like a rock being dropped in the water. His vibrating sound was changing, confronting and rescuing wherever He went--pushing back the darkness--making room for light. Light always overcomes. the sound of Him went out into all the earth--reverberating, vibrating, and changing the world. He made room. He made a way. He is the way.

The darkness always says there is no room for Him, as it fills every place that is void of Him. But once again, He's here anyway. His rippling effect moves upon the hearts of all people who hear His sound. He is perfectly capable of flooding and filling every dark soul with light. But He only penetrates the willing heart for now. I allow room for Him in my heart. His effect upon my life causes my words and actions to reverberate Him all around me. I move with Him, surrender my ways to His so His effect can continue to move throughout the earth. There's room. There's always room for Him. He makes a way. He is the way.

The heavens proclaim the glory of God.
The skies display his craftsmanship.
Day after day they continue to speak;
night after night they make him known.
They speak without a sound or word;
their voice is never heard.
Yet their message has gone throughout the earth,
and their words to all the world.
Psalm 19:1-4

Posted by RoseMurdock at 9:35 AM