Hearing God's Voice in the Words Around Us 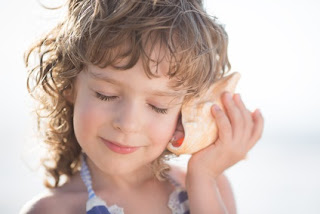 God's words can come to us in various ways. They are written in the Bible, but they can also come as spoken words. The word "words" in the passage above is "Rhema" or the spoken word. Jesus knew the written word, but He also knew the Father's voice when He spoke to Him. He spoke what the Father had taught Him.


For I did not speak on My own initiative,
but the Father Himself who sent Me
has given Me a commandment
as to what to say and what to speak.
I know that His commandment is eternal life;
therefore the things I speak,
I speak just as the Father has told Me.
John 12:49-50

Truly, truly, I say to you,
he who hears My word,
and believes Him who sent Me,
has eternal life,
and does not come into judgment,
but has passed out of death into life.
John 5:24

Many years ago I heard a minister say that if we knew we were hearing from God then we would instantly obey. His thought at the time was that we need to get to know God's voice better because if we knew for sure He was talking to us then there would be no question in us obeying it. I do agree that we need to learn how to recognize God when He's talking to us. However, once we do, we also need to believe Him. It sounds like something we should automatically do. If it's God, of course I believe Him. But do we? Jesus said if we hear and believe we have eternal life. If we hear the words of Jesus and believe what God is saying through Jesus, then we have eternal life. Do we just believe it's Him talking, or do we believe that what He says is the truth?

Let me give you a very minor example of this. Over a period of weeks, I had a few incidents where I was at the grocery store buying some items. On each occasion I saw something and contemplated buying it. Each time I thought it might be the Lord letting me know I would need this item. Yet, each time I decided I did not need the item, didn't want to spend the money, and didn't buy it. Each time it turned out that I needed the item within a few days. Was I hearing the Lord telling me I needed the item, recognized it was Him, but didn't believe Him? Or did I simply not recognize it was Him talking to me? Did I question my ability to hear God, or did I question God Himself? Do I only believe it's Him when it's something I want to hear, or do I believe Him all the time?

We need to hear, recognize and believe the words from God when they are spoken. We know they were spoken through Jesus, and they are written in the Bible. Yet we also need to hear, recognize and believe the words of God no matter how they come to us. God can speak to us through a number of people.
We are from God;
he who knows God listens to us;
he who is not from God does not listen to us.
By this we know the spirit of truth and the spirit of error.
1 John 4:6

John wrote that since they were from God, whoever knows God will listen to what they say. Once again, we who are of God, who know God, will hear Him speak through whatever means He chooses to. We hear His voice, we recognize it's Him, now let's be sure that we believe what He's saying to us---not just that it's Him saying it, but that what He's saying is the truth. And then, let's do what He says! I don't want to be one who just believes He is speaking the truth when it's convenient for me. The truth He speaks may be inconvenient or uncomfortable at times. It might cost me something. But we're told to buy the truth, and not to sell it (Proverbs 23:23). Hearing from God, and believing in Him, knowing Him and His truth, is worth whatever price we have to pay!