Job and the Whirlwind 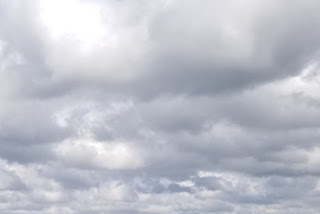 Job was a blameless and upright man. He was very wealthy, and helpful to the poor and needy. He sat in the gates and instructed others. He had the final word on matters, almost like a king.

One day, Satan came before the Lord and the Lord bragged on Job.

“Have you considered My servant Job? For there is no one like him on the earth, a blameless and upright man, fearing God and turning away from evil.” Job 1:8

Satan responded by saying that the only reason Job was faithful to the Lord is because He was protecting him. He said if God touched what he had he would curse Him to His face. So the Lord gave Job's possessions over to Satan, but told him not to touch Job himself.

Job suffered complete economic devastation, as well as the lives of his children. Yet he did not sin or blame God. "Naked I came from my mother's womb, and naked I shall return there" he said. Job 1:21.

One day Satan came back to the Lord and the Lord again bragged on Job.


“Have you considered My servant Job? For there is no one like him on the earth, a blameless and upright man fearing God and turning away from evil. And he still holds fast his integrity, although you incited Me against him to ruin him without cause.” Job 2:3

This time Satan said if He were to touch his flesh, he would curse Him to His face. So The Lord gave Satan permission, but said to spare his life. Job broke out in very painful boils all over his body. His wife told him to curse God and die but Job remained faithful saying, "Shall we indeed accept good from God and not accept adversity?" Job 2:10.

So we see Job as a wealthy, well-respected, upright man. God sees and is pleased. Satan accuses him of weak integrity that won't hold up under pressure. The Lord gives permission to Satan to test him, yet within boundaries. Job's grief is great, he wishes for death, while maintaining he's done nothing wrong. He says God has done this to him and he doesn't know why. He says his righteousness didn't keep him safe, and that if he could argue his case before God, he'd be vindicated.

Job's three friends came to comfort him, however they zeroed in on saying he must have sinned, and that God did this to him to get him to repent. Job insisted he had not sinned, that God is doing what He wants, but if he could just argue his case before God he would be restored. Job says his friends should comfort him, pity him, strengthen him, but instead they accuse him of sin and wickedness. His friends continue to say he must have sinned and he should repent and God will deliver him. Job 3-31

The discussion goes on for most of the book of Job. The young one, Elihu, spoke after Job and his friends stopped talking. He said that Job's friends really haven't answered Job, yet they condemned him. Then he rebuked Job saying he should listen to God's chastening and repent. He asks why he should expect God to tell him what He's doing. His case is before God and he must wait. Just because God hasn't come in anger, he says, Job continues to talk and multiplies words without knowledge. He says Job should consider the majesty of God and consider his own ways. Job 32-37.

Then the Lord came in a whirlwind and spoke to Job, humbling him. He spoke of creation and all that He did to form it, including what He does to maintain it. He asks Job if he can do all that. Job repents. Job 38-41.


“I have heard of You by the hearing of the ear;
But now my eye sees You;
Therefore I retract,
And I repent in dust and ashes.” Job 42:5-6

It was one thing for Job to hear of God, but another thing to see Him with his own eyes. Seeing Him speak from the whirlwind was enough to cause Job to humble himself before the Lord. We need the whirlwind of God to come speak to us! We need to see Him and not just hear of Him.

The Lord told the three friends that they didn't speak right of God, as Job did. He told them they needed to offer a sacrifice and Job would pray for them so they wouldn't suffer God's wrath. When Job prayed for them, his fortune was restored twofold and his friends didn't suffer the wrath of God. Job ended up with twice as much as he had before and lived another 140 years.

Why did God allow Satan to do this?
At least for two reasons. One, is that an accusation was made. Job was accused of being weak in integrity. Satan said the reason it wasn't evident is because God was protecting him. When an accusation is made, God replies. Just like in a court case, an accusation is answered with evidence. God presented evidence that Job really was an upright man. God doesn't hide from the enemy. He even brought Job to Satan's attention. He is light. He is truth. He is not afraid of Satan in any way. Not even for us.

The other thing is, that testing comes not just to prove our faithfulness, but also to strengthen us and perfect us in the areas we're weak in. Job had flaws. He didn't have a concept as to how great God really is, and how inferior he was compared to Him. He thought for sure that his troubles were God's idea and that He was the author of it all. So in the end, God set him straight, as well as his friends. Yet He restored what Job had lost, doubling it.

The devil is the one who accuses, to see whom he may devour. When these times come, we need to resist the devil firm in the faith, while remaining humble before the Lord. Yet that doesn't necessarily mean we won't suffer at all or experience any adversity. After our suffering, God Himself perfects us and establishes us.


Therefore humble yourselves under the mighty hand of God, that He may exalt you at the proper time,  casting all your anxiety on Him, because He cares for you.  Be of sober spirit, be on the alert. Your adversary, the devil, prowls around like a roaring lion, seeking someone to devour.  But resist him, firm in your faith, knowing that the same experiences of suffering are being accomplished by your brethren who are in the world.  After you have suffered for a little while, the God of all grace, who called you to His eternal glory in Christ, will Himself perfect, confirm, strengthen and establish you. To Him be dominion forever and ever. Amen. 1 Peter 5:6-11

If we just had God's protection, with no adversity, we may be able to appear perfect and blameless but in the end, when trouble or temptation comes, will we hold up? Do we have just a false appearance of integrity? When the tough times come, we learn to appreciate the times without it. There is darkness and we love light. There is suffering and we're thankful for peace. There is lack and we appreciate times of plenty. Paul learned from his trying times.


I have learned to be content in whatever circumstances I am. I know how to get along with humble means, and I also know how to live in prosperity; in any and every circumstance I have learned the secret of being filled and going hungry, both of having abundance and suffering need. I can do all things through Him who strengthens me. Philippians 4:11-13